Trevor’s humble beginnings in film took place in Waverly, IA, where he wrote and directed a sketch comedy show that aired on local cable. This show, along with his Dominican Republic documentary, earned him several Iowa College Media Association awards along with a nomination for a Student Emmy.

After graduating, he and Deanna moved to Los Angeles and he began working on film sets as a Best Boy and eventually Assistant Director. Projects/Clients included several movies, pilots, music videos, Jay Leno’s Garage, and CollegeHumor.

After about a year and a half, Trevor left Moving Art to work as a freelance shooter/editor. He has worked on videos for Mattel, National Geographic, Lifestraw, presidential campaigns, several law firms, real estate companies, and much more. 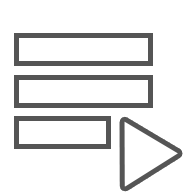